Broadening Our Horizons at SmashingConf 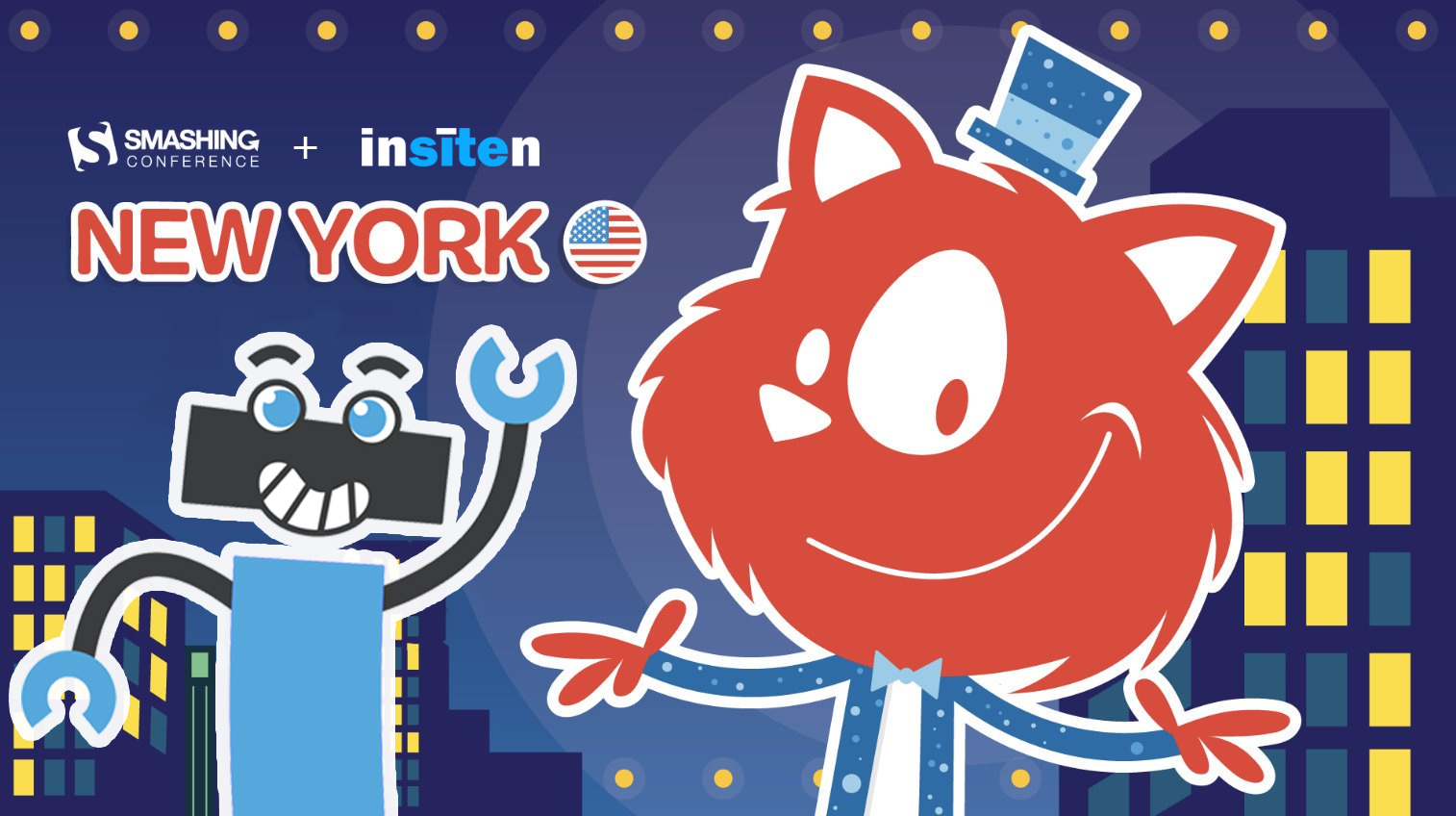 SmashingConf is a running series of tech conferences organized by Smashing Magazine, a tech-oriented publication that focuses on web design and front-end development. SmashingConf is a great opportunity to mingle with other developers and discover new trends in the tech industry. Insiten’s John Coppola recently attended SmashingConf New York and offered to tell us about his experience:

The core conference was a single-track event that happened on Tuesday and Wednesday, bookended by workshops of the attendee’s choice on Monday and Thursday. On Monday, I chose to attend “Building Accessible Sites With Gatsby” because I knew very little about accessibility, but recently built my first site in Gatsby and was eager to learn more. On Thursday, I chose to attend “Front End Performance: Building Faster Websites” and was extremely impressed by the thoroughness of the instructor, who delivered an endless stream of tips, recommendations, and optimizations applicable to any front-end web project.

Tuesday and Wednesday were packed with a wide variety of topics across the spectrum of design and development. My favorites from these two days included: “CSS is Rad” (past, present, and future of CSS), “Move Fast and Don’t Break Things” (real-world performance optimization examples), “Designer vs. Developer” (interaction and workflow of the two professions on a single project), and “Slam-dunk your JS Fundamentals” (new features in JS and how to use them). What was also cool were the vendor booths outside of the lecture hall: notable attendees included Shopify, Wayfair, Wix, Forestry, Percy, Deque, and Smashing Magazine themselves.

My impression of SmashingConf is that it’s a very well-organized event with a ton of personality, friendly people, and loads of enthusiasm for web design and front-end development. I would absolutely recommend it to any designer or front-end developer passionate about their craft and am eager to apply what I learned there at Insiten.