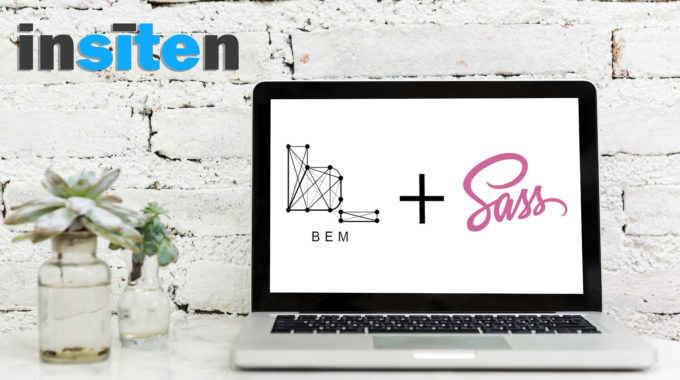 Like many topics on the internet, there’s an overwhelming amount of information when it comes to organizing your CSS. The purpose of this article is to detail what we at Insiten have found to be the most effective techniques for writing clear and debuggable stylesheets. Below is an opinionated, uncomplicated list of advice that you and your team can implement to significantly improve the readability, maintainability, and overall quality of your code. Let’s get right into it:

That’s it! Simply following BEM and leveraging a few SCSS features will take your stylesheets to the next level. If you’re already used to writing plain CSS, upgrading to SCSS is pretty straighforward. SCSS is a superset of CSS, meaning that any valid CSS is valid SCSS — you can incorporate these tips into your workflow little by little if it seems like a lot to take on at once.

One last thing I wanted to point out is that SCSS is particularly useful at keeping code DRY in ways that CSS simply can’t. If you find that your styles are tedious to write, there’s probably a more efficient way with SCSS. Also, SCSS has even more to offer than what I’ve listed here — built-in functions, control directives, and operations are some other especially cool features, although the above list is where you’ll find the most bang-for-your-buck.

Below are some other excellent resources if you want to dig even deeper:

Happy 2020! Insiten had an exhilarating 2019, highlighted by growth, learning and fun! We grew…

Broadening Our Horizons at SmashingConf

SmashingConf is a running series of tech conferences organized by Smashing Magazine, a tech-oriented publication…